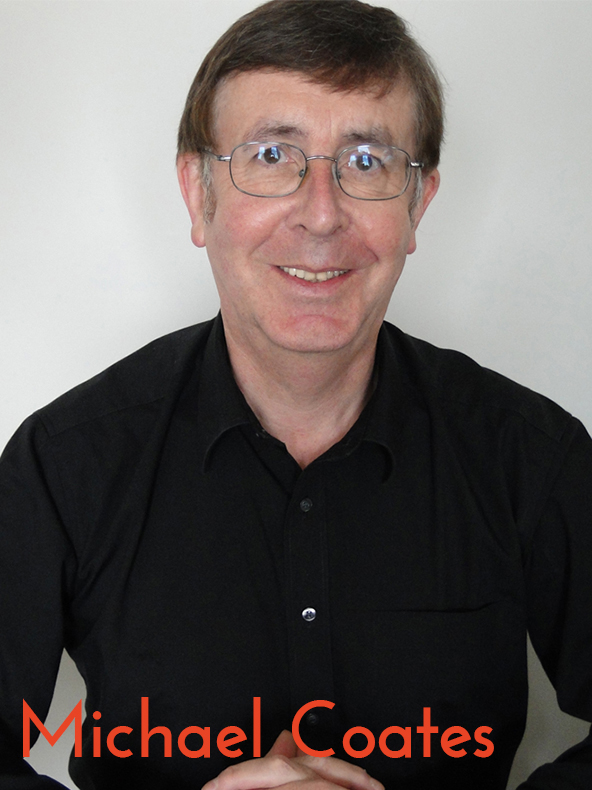 Michael Coates is the token male in the Cocktail Party, more by accident than design. He went to public school, which explains a lot.

Many years ago he was in a fine Brighton band called the Dandies, who were nearly famous. A few years later, having moved to London, he wrote most of the songs for some political musicals for a theatre company in the East End (notably Desert Storm – a Musical Folly and Mother Russia is a Lesbian), which explains a lot too. He then progressed (?) to the Kings Head in Upper Street, playing in a classy 60’s/70’s covers duo called the Beverly Brothers, and spent ten years in and around the tenor section of Crouch End Festival Chorus before moving back to Brighton in 2003, where destiny awaited in the form of The Cocktail Party.

Michael’s musical influences include: Julie Andrews, Dillie Keane, Paul McCartney, Rambling Sid Rumpo, Flanders and Swann and Mozart. Not necessarily all at the same time. This is probably his last chance to achieve the fame and success that’s somehow just eluded him for the last 25 years. So come on, everybody – let’s stick The Cocktail Party up where they belong!!