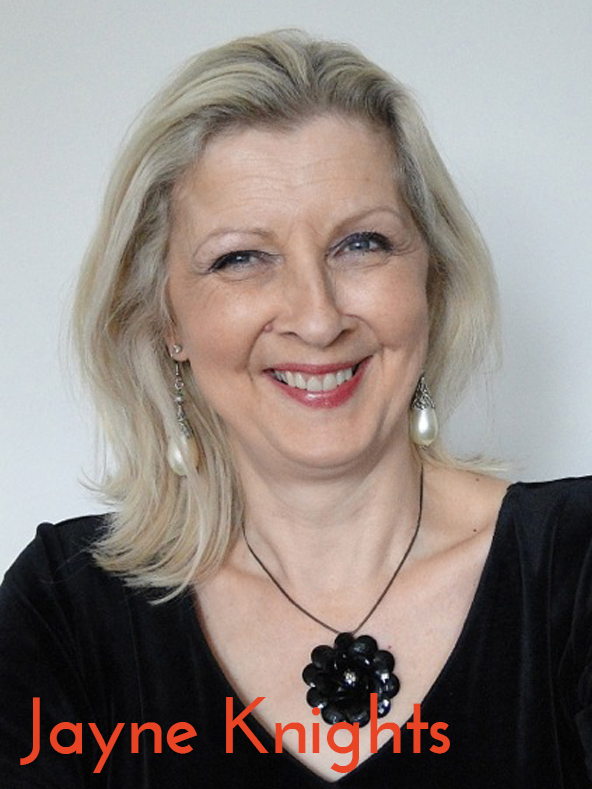 Jayne Knights (aka Miss Margarita) is the blonde member of The Cocktail Party and is thoroughly enjoying herself in this latest chapter of her singing life.

She did the rounds of competitive singing competitions in her home town of Birmingham, until adolescence and a perfectly reasonable desire to avoid public humiliation set in.

She then progressed to various princessy roles in local am-dram pantomimes and had a brilliant time singing to cats in boots and fairy frogs. After a terrifying stint in a doomed rock band at university, Jayne decided to leave singing alone until moving to Brighton in the late 80s, but the lure of the back row of the chorus proved too great, and she joined the legendary Regency Opera. Memorable roles as a Chinese peasant in Turandot and a nylon-wigged gypsy in Il Trovatore followed, along with appearances supporting Hinge and Bracket and Alvin Stardust.

After the demise of Regency Opera, Jayne, ever in pursuit of diverse experiences, joined an all-women a capella choir, whose current incarnation is the singing sensation Decibelle, still going strong.

A chance encounter in a guitar shop led Jayne and Cara to Michael’s door. Instantly captivated by his lyrical genius, in thrall to his guitar mastery, but mainly wanting to wear sequins and feathers in public places, the dark-haired Armenian and the bottle-blonde-from-Birmingham, became the femmes of The Cocktail Party and now get paid for singing rude words that rhyme.